Uchimura, the Chinese You Hao & PRK RI SE get the gold in last day of the World Championships 2015 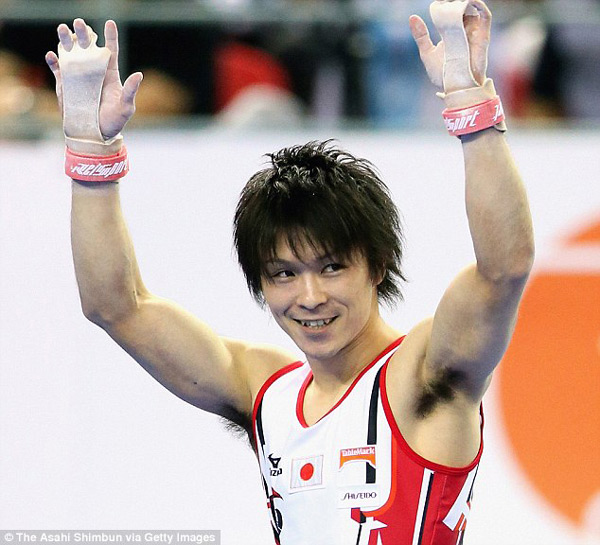 Doha (QAT), AGU Office, November 1, 2015: The 46th Artistic Gymnastics World Championships concluded Sunday in Glasgow with new tours de force by Simone Biles and Kohei Uchimura, the queen and king of the individual All-around, each of whom now counts 10 World gold medals to their illustrious names.

Biles most golden of all time at Worlds
At just 18, Simone Biles is now the most golden female gymnast ever in World competition: Having already won the All-around and gold with the U.S. team earlier this week, Biles added golds on Balance Beam and Floor Exercise Sunday to her vast collection of World titles, bringing her total to 10 overall.
With her ninth and 10th victories at the world level, Biles surpassed the record previously held by greats Svetlana Khorkina, Larisa Latynina and Gina Gogean for most gold medals won by a woman in World Championship competition.
In a Beam final in which half the field fell, a clean set from Biles was all it took to keep her world title on the event, a full point above Sanne Wevers of the Netherlands. On Floor, Biles killed the suspense almost immediately, her superior difficulty and signature tumbling line lifting the smiling Texan above her high-flying competition. 2011 World Floor champion Ksenia Afanasyeva of Russia was the only gymnast who came close to challenging, finishing seven tenths behind, while Biles’s teammate Maggie Nichols took bronze.

Uchimura, the gold standard
Already golden with the Japanese men’s team and in the Men’s All-around for the sixth straight World Championships, Kohei Uchimura’s midas touch continued as he too won the 10th World gold of his celebrated career. After finishing third in 2011 and 2013 and second last year on High Bar, Uchimura finally scaled the top of the podium on one of his best events. Impeccable to the tips of his toes, he topped American Danell Leyva, who hit the routine of his life to finish just 0.133 behind, and Cuba’s Manrique Larduet, who won bronze. Already considered the greatest gymnast of all time, Uchimura departs Glasgow with three World titles, two of which (team and High Bar) he has never won before.

“Dragulescuing” pays off for Dragulescu
The challenge was simple: Beat Marian Dragulescu at his own game. Competing at Worlds for the first time in four years, the master of the famous Vault that bears his name (two front flips with a half twist) returned for a round of “can-you-stick-this-better-than-I-can” in finals. Fourteen years after the Romanian won his first World title, only one person could: Dragulescu was edged by a mere 0.05 by reigning World champion Ri Se Gwang. In taking the gold, Ri, an innovator himself, performed his own siganture Vault (two backflips off the horse with a full twist). For good measure, he also threw a Dragulescu Vault of his own, this one in the piked position, even harder than the original.

Parallel Bars gold passes again under the yoke of the Chinese
Six of the past 10 World champions on Parallel Bars have held a Chinese passport, and You Hao once again put China’s seal on the event. After a superbly performed exercise with the highest difficulty component of any gymnast in the final, You succeeded in dethroning 2014 World champion Oleg Verniaiev of Ukraine. After winning every competition he’s entered this year, Verniaiev, fourth in the Men’s All-around and on Vault, leaves with a single silver medal. In tying Azerbaijan’s Oleg Stepko, China’s Deng Shudi took bronze, his third of the competition.

Olympic qualifiers
By dint of their medals Sunday, the following gymnasts have earned indivdual places to compete at the 2016 Olympic Games, provided their teams do not qualify to the Games at the Rio Test Event in April: Marian Dragulescu (ROU, silver on Men’s Vault), Pauline Schaefer (GER, bronze on Balance Beam) and Oleg Verniaiev (UKR, silver on Parallel Bars).
The following gymnasts, whose teams it has already been determined will not compete in Rio, advance directly to the Games: Manrique Larduet (CUB, bronze on High Bar), Ri Se Gwang (PRK, gold on Men’s Vault) and Oleg Stepko (AZE, bronze on Parallel Bars).
FIG Media

Uchimura, the Chinese You Hao & PRK RI SE get the gold in last day of the World Championships 2015