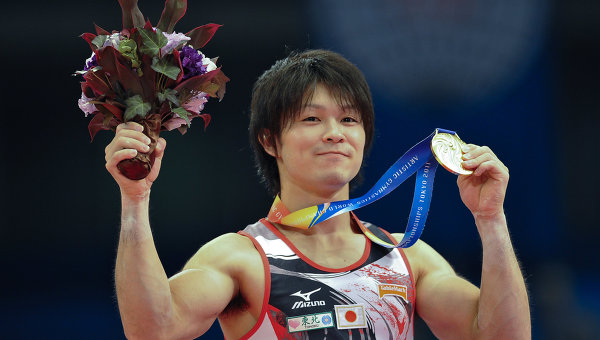 Doha (QAT) AGU Office; March 22, 2013: World and Olympic gymnastics champion Kohei Uchimuraof Japan has withdrawn from next month’s World Cup in Tokyo, he announced Monday. Uchimura said the shoulder and ankle he injured last year are still an issue, and he decided to pull out of the all-around event.
Olympic teammate Ryohei Kato is scheduled to replace him at the competition, which takes place April 6-7. Kato won the parallel bars title at the French International, an individual apparatus World Cup, on Sunday.