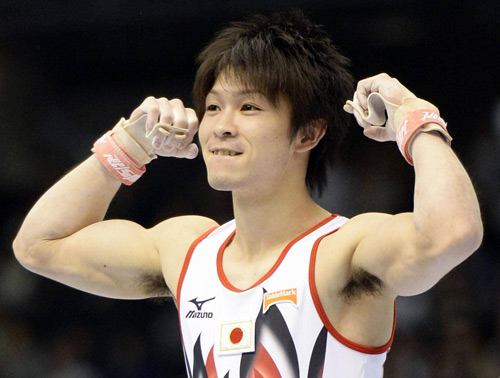 Debuted in 2015, the SportAccord Awards have been designed to celebrate excellence and performance in the sports world and present a great opportunity for recognition and exposure of our sport to the global sports industry.

The voting process is as follows
Online public vote. Voting is now open and ends on March 24, 2015.
After the public vote, the four most voted candidates in each Award category make the shortlist for the final Awards Ceremony. The four finalists will be invited to attend the ceremony, during the SportAccord Convention2015 in Sochi.
The winners are to be decided by an ad hoc Committee and announced during the Awards Ceremony on April 23, 2015, broadcast live worldwide.
We invite you to share this information among your gymnastics community and to activate your communication channels in order to promote the nominees from our sport and to encourage fans to participate in the public vote.

Connect to the SportAccord website for details on the nominees and to cast your votes!
https://awards.sportaccord.com