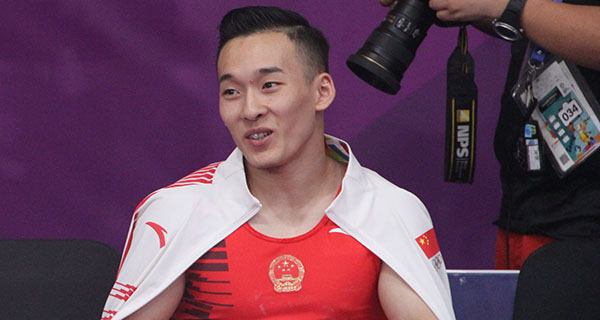 AGU Media, DOHA (QAT): Reigning All-around champion Xiao Ruoteng will hope to defend his title at the 48th FIG Artistic Gymnastics World Championships that starts here on Thursday.
But the 22-year-old wants to prioritise the team once the MAG qualifications starts at the Aspire Dome.
“The team competition is the first priority for me,” said Xiao.
At the 18th Asian Games in Jakarta, Indonesia, last August, Xiao played an important role in guiding his country to team gold.
China, who are trying to rebuild their structure after the 2014 Rio Games debacle, was in for a shock when Japan’s latest talent Kereru Tanigawa almost took his side close to the to the top following his near-faultless high-speed vault.
But Xiao turned the tables on their nearest challengers on the horizontal bar, which was the final performance of the event.
“I am confident, but I still have to do well,” said Xiao, who had competed at the same venue in April this year during the 11th FIG Artistic Individual Apparatus World Cup. “I need to do my best and fight to the end.”