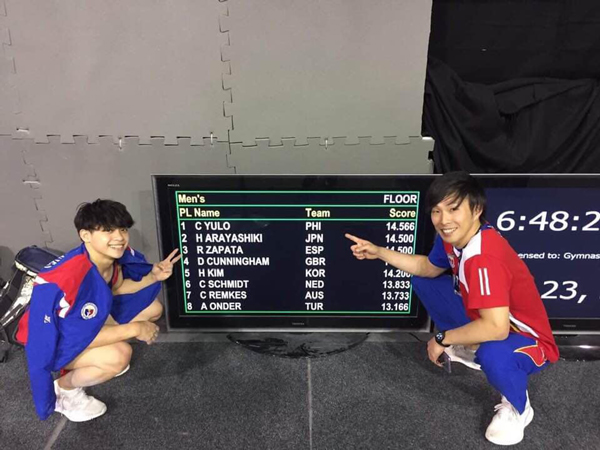 DOHA (QAT) AGU Office: Following his outstanding performance at the FIG Artistic World Championships here last October, Carlos Yulo of the Philippines picked up a gold in the men’s floor final at the FIG World Cup in Melbourne (AUS) on Saturday.

Finishing third in the qualifying round, Yulo – who turned 19 on February 16 – was in his elements to grab his maiden gold in a World Cup as a senior.

Arayashiki finished second while Zapata and Cunningham settled for the bronze.

Yulo had become his country’s first medal-winner and male Southeast Asian gymnast to win a medal at the Worlds in the Qatari capital in 2018.

This year, he plans to accumulate as much points in different World Cups in order to earn a spot in the 2020 Tokyo Olympics.

Fondly called “Caloy” by his peers, the Filipino developed an interest in the sport at a young age and trained in Japan to hone his skill.

Though he failed to do anything worthwhile at the 18th Asian Games, Yulo came up with a sterling performance at the Aspire Dome during the Worlds.