Putian (CHN), AGU Office, November 12, 2012: Top qualifiers China prevailed over their competitors in an action-packed Women’s Team Final, garnering a total of 229.050 pts and outscoring DPR Korean by more than nine points (219.800). Japan won Bronze with 219.700 points. And so the Gold was the Chinese’s! The team of first-year seniors newcomers alongside for the most of the gymnasts (WU LIUFANG, LUO PEIRU, LI YITING, ZENG SIQI, HUANG HUIDAN and SHANG CHUNSONG) On third apparatus Uneven Bars, Beam and Floor they had the best team total with respectively 59.150 – 58.250 and 56.500; ZENG SIQI’s total of 57.400 would have won her the All-around Gold. 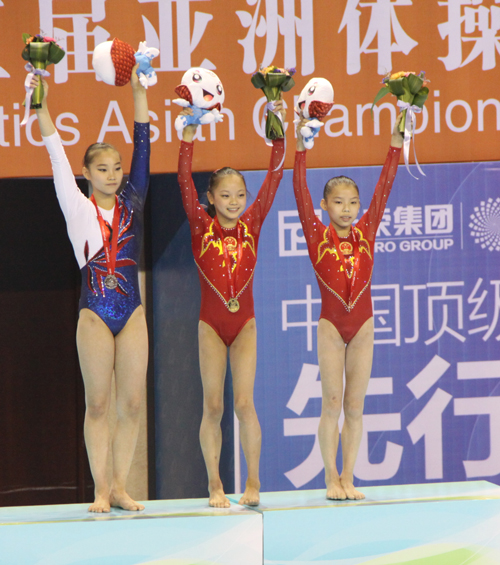