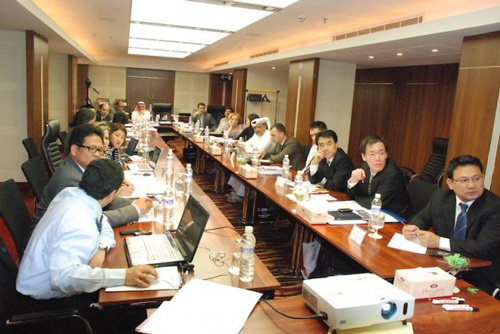 Doha (QAT); AGU office April 27, 2011: The Executive Committee meeting was organized in Kuwait on April 14, 2011. It was a big surprise with the wonderful hospitality and a successful organization of the meeting by the Kuwait Gymnastic Federation.
A Presidential Commission meeting was organised in the morning to To Activate the role and function of the Presidential Commission of AGU and afternoon was the EC meeting with the presence of all the EC members except Mr. Sawat Sopa – Vice-President and President of the South East Asian Gymnastics Zone (SEAGON) for the health reason.
The Executive unanimously approved the following:
– The 2010 accounts
– The budget for the year 2011
– AGU development project program for the year 2011.
– Give to the Affiliated Federations that have not paid their fees a chance to pay their debt before end of May 2011.
– The Presidential commission  have the right to take appropriate decision directly after Consultation among members, telephonically or through e-mails and request to seek amendment in the AGU Statutes in the next General Assembly.
– The Presidential Commission has the right to  meet at any time during the year to meet emergent matters
– Formation of the following commissions:
1- Disciplinary commission:
President: Mr.Painda Malik + 2 members (subsequently appointed)
2- Medical and Anti-Doping commission:
President: Dr. LUO Chaoyi + 2 members (subsequently appointed)
3- Coaches Commission for MAG
President: Mr. Huang Yubin + 2 members (subsequently appointed)
4- Asian Games Commission:
President: from OC + 2 members from Korea + AGU Technical Manager
– Renew the contract with the Gymnastics equipments company “Janssen-Fritsen” and get more privilege than previous list of equipments and give them the name as AGU official equipments supplier.
In the end of the meeting the EC members distributed the hosts countries for the next AGU development project for the year 2011 which were based on secret voting; and the results was as in the attachment file and then they vote for the Allocation of the next AGU events: 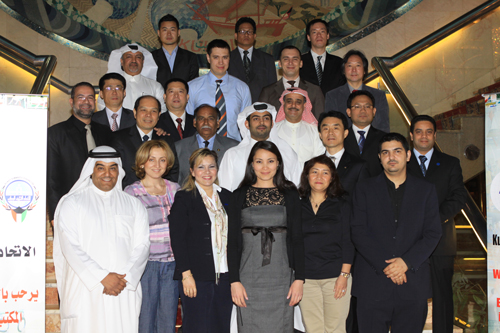