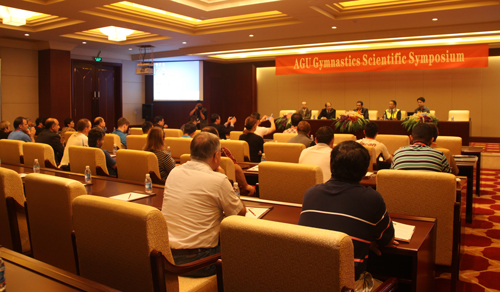 Doha (QAT) AGU Office, November 20, 2012: Faithful as always to its traditions, the AGU held his third Scientific Symposium on Gymnastics in parallel to the 5th Senior Asian Artistic Gymnastics Championship, 13th November 2012, Goodview Hot Spring Hotel, Sangem, Putian, China. Opened by Mr. A-Rahman Al-Shathri AGU President and Mr. LUO Chaoyi President of Chinese Gymnastics Association The symposium has included educational and coaching tools, pedagogy and also cutting edge applied research presented by a selection of the Asians and European experts in the field. Coaches, medicals and different categories of delegates attended the event. Mr A-Alshathry and Dr Lou have opened the symposium and attributed awards to the participants.
The organizing committee of the Championship in association with the Chinese Federation were very keen to invite world leaders and well-reputed authorities to share their knowledge with the coaches. The key guests were:
* Professor Chen Jia-yean (Chairman, Department of Physical Education, Chinese Culture University): is the vice president of the Chinese Taipei Gymnastic Association. Prof Chen is without a doubt one of the oldest pioneers and also one of the most prestigious names within the Chinese Taipe gymnastics. After long serving career within the federation and the FIG, Prof Chen has presented some of the work he has undertaken along the last 15 years as part of his academic duties. His presentation was entitled “A Study on Strategy of Men’s Elite Artistic Gymnastics – Example of London 2012 Olympics MAG competition 1” has focused his talk on the evolution of the technical difficulties and the requirements of the modern male artistic gymnastics routines during the recent World events. He went on to thoroughly investigate the factors that led teams to win or to lose prestigious titles, such as the first three podium places in London 2012. His analysis took into consideration the theoretical laws, the changing law and the games’ theories. 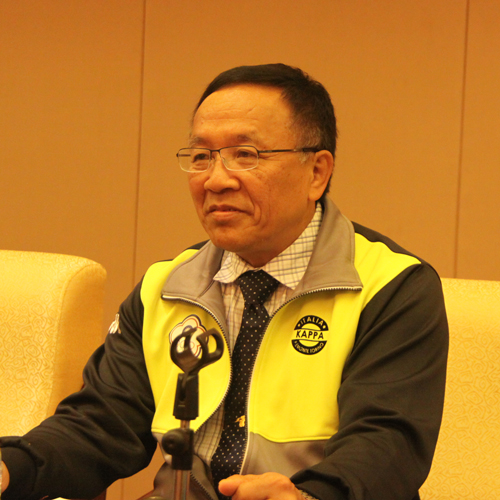 * Professor Hong Ping (China Institute of Sport Science, Beijing): is one of the active scientists, currently working with a variety of high-level Chinese athletes. He has carried out some training monitoring systems of Chinese national gymnastic teams during the last 10 years in association with his colleagues at China Institute of Sport Science. An overview of his activities, samples of scientific data / measurements have been exposed to the audience; these have included physiological, biomechanical and psychological supports. Dr Hong has attracted the audience’s attention thanks to his research achievements which applied theories into practice and high linguistic abilities in English. 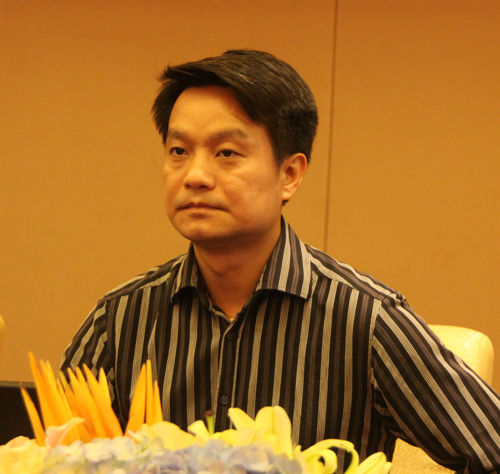 * Dr Monèm Jemni (University of Greenwich, London, UK): Dr Jemni is considered as one of the current world leaders in physiology of gymnastics. The AGU has already invited him twice (2008 in Qatar and 2010 in Uzbekistan) for special conferences and has awarded him for his 17 years of scientific research and achievement. Dr Jemni is back this year in China following the work he has recently done as one of the London 2012 Olympic Games experts (http://www.games-experts.com/search/?q=jemni). He has presented a keynote talk entitled “Eastern vs Western Champions… science, coaching, or magic?!”, in which he has presented some of the applied scientific support he has undertaken with different teams and individuals in Europe and the USA. Dr Jemni has given an overview on the daily activities, the advanced support and the research projects being undertook in the West. Some of these have recently been in a successful textbook for coaches and students (“The Science of Gymnastics”, www.routledge.com/books/details/9780415549912). Copies of the book were available during the symposium. 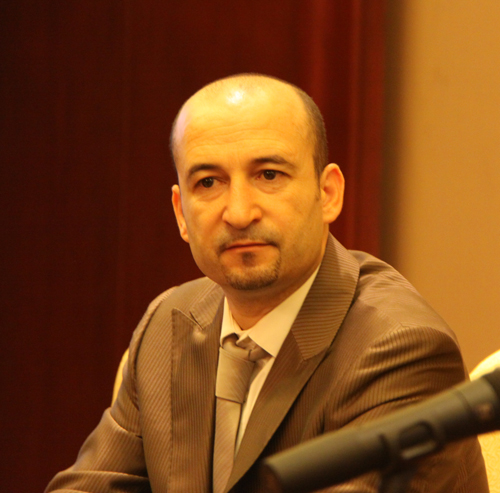 All three keynotes have congratulated the very high standard of the event and the continuous support of the AGU to the Science in order to make Gymnastics a more “Healthier sport”. A wider plan of work for further scientific activities has been discussed with Mr Anis Saoud (Technical Director of the AGU) in order to share knowledge and best practices between all Asian countries.