Final round of the 3rd Junior Trampoline Asian Champ 2014

Chiba (JPN), AGU office June 04, 2014: The Final round of the third Trampoline Gymnastics Asian Championships was held today in the beautiful Chiba Port Arena with some surprises an high level of the performed gymnasts:
The big surprise was during the Junior Men Individual which is a qualifying event for the Youth Olympic Games 2014 with the disappointment of the Japanese team that no gymnast among the two finalists could not be qualified for the games with 2 falls during the finals which gives us the following results: 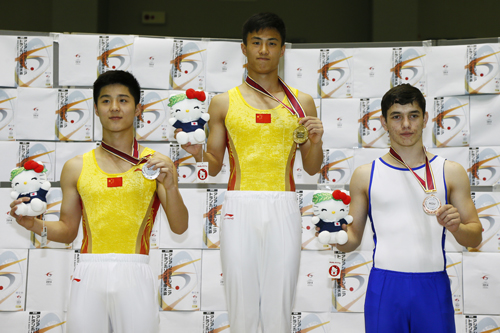 Junior Women Individual which also qualifying event for the Youth Olympic Games 2014 gives us a surprise with the qualification for the first time of the Qatari Gymnast Nadeen WEHDAN and no surprise for the final results as the following: 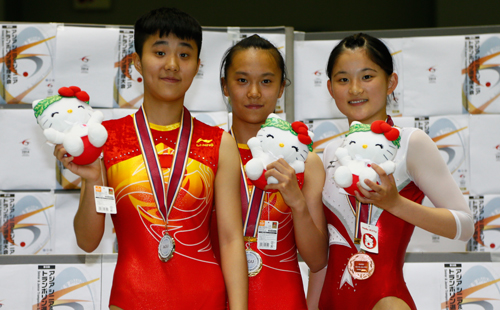 No surprise for the Senior Men with the domination of Japanese gymnasts for the first 2 places followed by the Kazakhstan as the following: 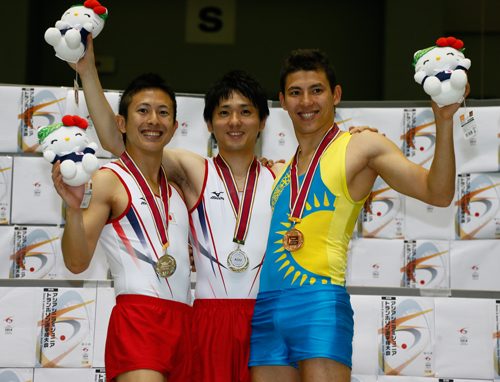 For the senior women and as was expected the first place goes for the Olympic Bronze medal Ekaterina KHILKO from Uzbekistan with 52.960 pts followed by her colleague KASPARYAN ANNA with 52.795 pts and third UYAMA MEGU with 51.810 pts. You can find all the results in the BOX.

Final round of the 3rd Junior Trampoline Asian Champ 2014