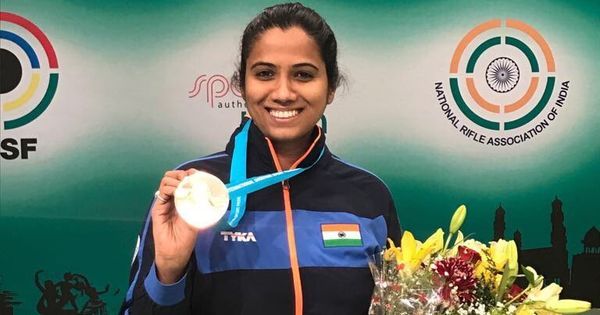 AGU Media, DOHA (QAT): India’s Budda Aruna Reddy wanted to be a karate expert, but destiny had something else written for this 21-year-old gymnast.
“I had started learning karate when I was five. I continued till I turned eight, but my coach felt that my body was flexible and unsuited to karate. He got me into gymnastics,” said Aruna, who came sixth with a score of 12.825. in the vault final at the Asian Championships in Bangkok in May this year.
Aruna, who hails from India’s Telengana state, has been included in the national camp to prepare for this year’s FIG World Championships in Montreal, Canada.
However, she wants to achieve something great before she turns 23.
“A gymnast’s career is short. The sad thing about the sport is that once you cross 23-24, it becomes difficult as the body doesn’t remain
flexible. I want to make the most out of things before I turn 23,” explained Aruna, who represented the country at the 2014 Commonwealth Games in the United Kingdom.
She could not make it to the national team for the 2010 Commonwealth Games due to underage.
“I had even qualified but I was only hence I couldn’t take part,” she added.
On her future target, Aruna said, “A gymnast requires at least six hours daily practice, but due to studies I used to get only three hours.”