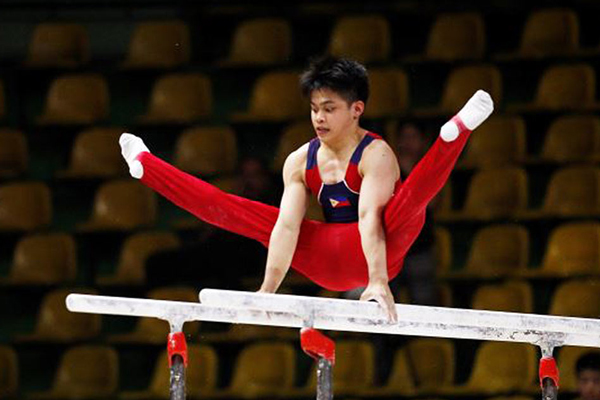 Doha (Qatar), AGU Office: Carlos Yulo of the Philippines won the vault gold at the International Junior Gymnastics Competition in Yokohama last week.
A two-time Palarong Pambansa champion, the 17-year-old focused on two of the six events to conserve his strength for the vault and floor.
Yulo skipped the pommel horse, rings, parallel bars and horizontal bar, but won the eight-man vault final and claimed the silver medal in floor to establish himself as a serious medal contender at the 2020 Tokyo Olympics.
Gymnasts from Japan, UK, USA, Brazil, Australia, New Zealand, Russia, Canada, Ukraine, China and Singapore also took part in the competition.
Following Yulo’s impressive show, the Gymnastics Association of the Philippines wants to send him to the Teikyo University in Tokyo.
“I’m trying to get a sponsor for him as we plan to transfer him to Teikyo where the gymnastics program is one of the world’s best but it will cost about P900,000 a year,” GAP President Cynthia Carrion said in an interview to philstar.com.  “He competed in only two apparatus because of his injured shoulder but he still took a gold and a silver.”
Yulo couldn’t compete at the recent SEA Games in Kuala Lumpur because he is under-age.