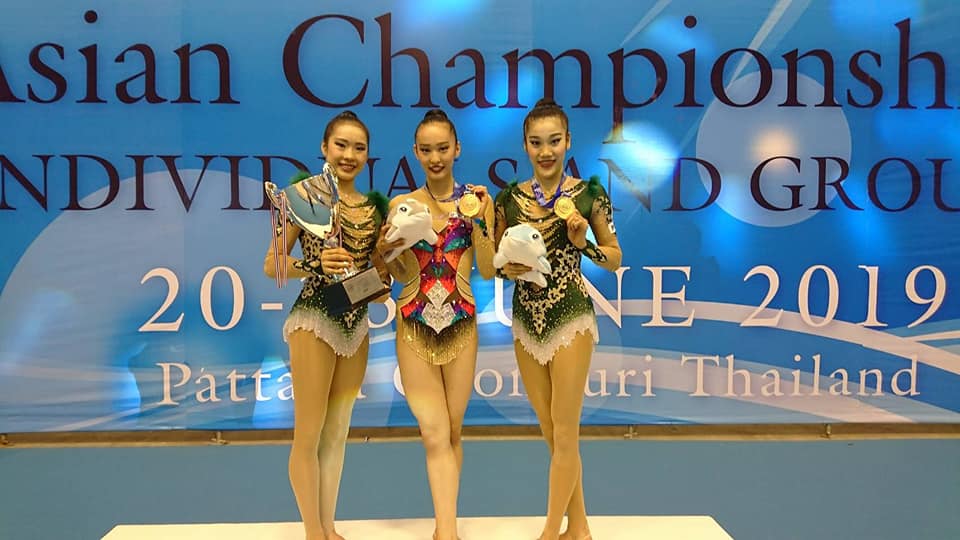 DOHA (QAT) AGU Office: Uzbekistan’s Yosmina Rakhimova picked up the Apparatus Final Individuals (Ball) at the 17th Junior Asian Rhythmic Gymnastics Championships in Pattaya (Thailand).
A total 15 teams are taking part in the four-day event which is being held simultaneously with the senior tournament and features team and individual competitions.
Yosmina collected 17,900 points for her gold while Yang Ruiting (CHN, 17,100) and Fuka Ikuno (JPN, 16,700) finished second and third respectively.
Elzhana Taniyeva of Kazakhstan (16,200) took the honours in Rope. She was followed by Uzbekistan’s Takhmina Ikromova (15,950) and Iman Alisha Fakhri Yassin of Malaysia (14,500).
Uzbekistan had an unimpressive run in the 5 Hoops Group finals with 20,300 points while Japan (17,700) and Kazakstan (17,350) picked up the silver and bronze medals respectively.
The overall team competition was won by Kazakhstan (68,650), with Uzbekistan (62,600) and China (59,400) finishing second and third respectively.