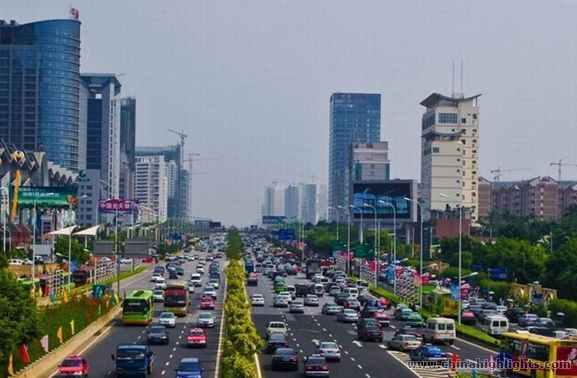 DOHA (QAT), AGU Office: The International Gymnastics Federation (FIG) and the Chinese Gymnastics Association (CGA) have signed an agreement that will see China play host to the 45th Artistic Gymnastics World Championships in 2014. This will be the second time that China, a country with a rich Gymnastics tradition, will stage such a prestigious event after Tianjin in 1999.
During the 28th Trampoline Gymnastics World Championships, currently underway in Birmingham (GBR), Dr. Luo Chaoyi, President of the Chinese Gymnastics Association and FIG Secretary General André Gueisbuhler signed the contract that assigns the championships to the city of Nanning, China.
China has, in fact, produced numerous Champions, with Yang Wei holding the current men’s Olympic All-around title and the Chinese Men’s Team having prevailed at the Artistic Gymnastics World Championships in Tokyo last month.
The championships are scheduled to take place on October 3 – 12, 2014, at the Guangxi Sports Center Gymnasium in the capital of the Guangxi Zhuang Autonomous Region in southern China.
About Nanning
Endowed with three geographical advantages, namely near to the river, near to the sea (it is 172 kilometers away from Fangcheng harbor, 204 kilometers away from Beihai harbor and 104 kilometers away from Qinzhou harbor) and near to the frontier (it is about 200 kilometers away from Youyiguan which borders Vietnam), Nanning has a developed solid transport net including airway, railway, highway and waterway.
The Yujiang River running through Nanning city is merged by the Zuojiang River and Youjiang River meeting at Sanjiangkou, and its section from the urban area to the Bachi River in Yongning is called the Yongjiang River. Being the leading port of the waterways on Xijiang River and a pivotal port of inland river in the country, Nanning port is an important component of the sailing passage in the southwest which takes on the responsibility of collecting and dispatching goods from and to Nanning and its surrounding regions, transporting the exports from the province and partial goods delivered by Nankun railway. Its main lines include Yongwu line, Yongshui line, Yongbai line and lines to Hong Kong and Macau, which can lead passengers to Longzhou, Baise, Guigang, Wuzhou, Guangzhou, Hong Kong and Macao.