AGU commemorated the 50th Anniversary in 2014 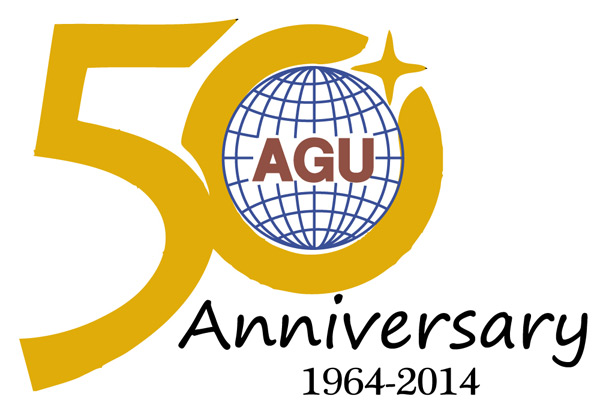 The celebration of the 50th Anniversary of the foundation of AGU organized with parallel of the AGU congress on December 8, 2014. A super show of Acrobatic Gymnastics Team from Kazakhstan impressed by the delegates.
Award ceremony made for honorary personalities: Mrs. Lola Karimova-Tillyaeva and Mr. Hidenori Futagi as honorary President of AGU.
Award ceremony made for honorary gymnasts:
1- Sawao Kato – JPN – MAG
2- Kohei Uchimura – JPN – MAG
3- Okasana Chusovitina – UZB – WAG
4- Dong Dong – CHN – TRA
AGU has 36 member federations with 7 disciplines on all continent. The AGU’s Mission Statement is to “DEVELOP, PROMOTE and COORDINATE the SPORT OF GYMNASTICS in the whole of Asia”
AGU continues its international outreach to support gymnastics worldwide, from hosting a high level of events and exchanges between Affiliated Federations through the program of the development project to developing the Gymnastics Program. Many Asian Gymnastics Federation are committed to sharing its expertise to stimulate growth of our sport and gymnasts development at many levels, with the ultimate goal of increasing the level of competition globally. Gymnastics is one of the greatest sports in the world, and AGU is committed to helping grow and develop the sport on the international stage.

AGU commemorated the 50th Anniversary in 2014