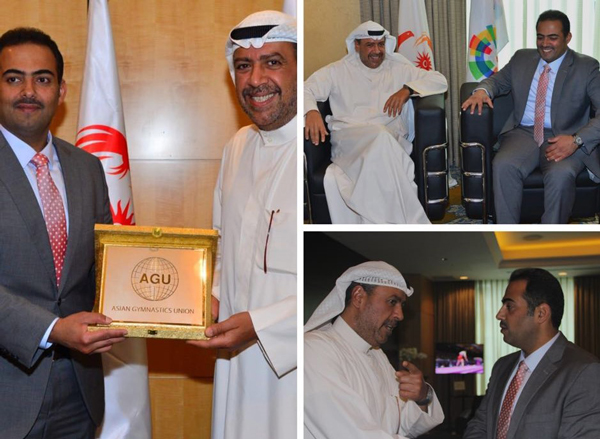 JAKARTA, Indonesia: The Asian Gymnastics Union (AGU) Mr Abdurrahman Al Shathri met the Olympic Council of Asia President Sheikh Ahmed Al Fahad Al Ahmed Al Sabah on the sidelines of the 18th Asian Games here last week.
Both the officials discussed on the sport’s development in Asia and other related matters for an hour.
Sheikh Ahmed also conveyed his best wishes to the AGU head on the forthcoming AGU Congress in Doha, Qatar, in December.
Mr Al Shathri thanked the OCA President for taking his time out from his hectic schedule during the continental competition.