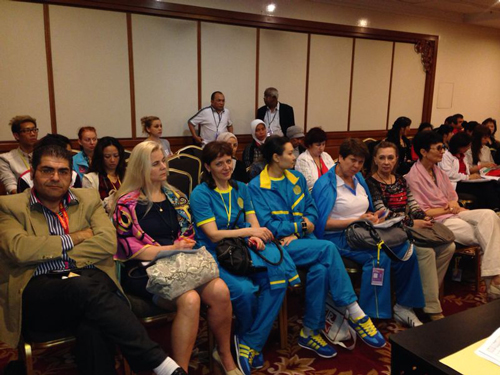 AGU Office, Doha (QAT) February 21, 2014: The 13th Junior Rhythmic Gymnastics Asian Championships hosted by Malaysian Gymnastics Federation will provide a platform for 78 gymnasts from the Asian continent to vie for a place in the Youth Olympics which will be held in Nanjing, China in August 2014.
The orientation meeting was held in Stadium Putra in the National Sports Complexs in Kuala Lumpur on February 20, 2014 with the presence of all the representative delegates from 16 countries with the presence of the AGU representatives Mr. Ruslan Mustaev – AGU EC Member and Youssef Al-Tabbaa – AGU Deputy Secretary General and Mrs. Gyozal Filippova – AGU RG TC President.

The Malaysian Gymnastics Federation (MGF) president A. Razak Mat Amin said the 78 gymnasts will represent that have already confirmed their participation in the championships.

“Malaysia will field 10 gymnasts in the championship and they must use the opportunity of performing on home turf to try and qualify for the Youth Olympics in August 2014.

“Based on reports submitted by the coaches, the performance of the gymnasts in training has been satisfactory and have the ability to qualify for the Youth Olympics,” Razak told Bernama.

The championship will feature gymnasts who are between 13 and 15 who compete in individual and team events. 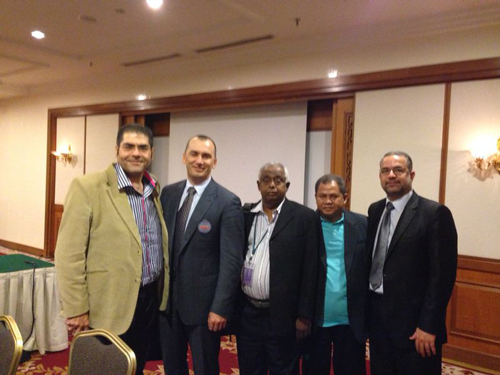