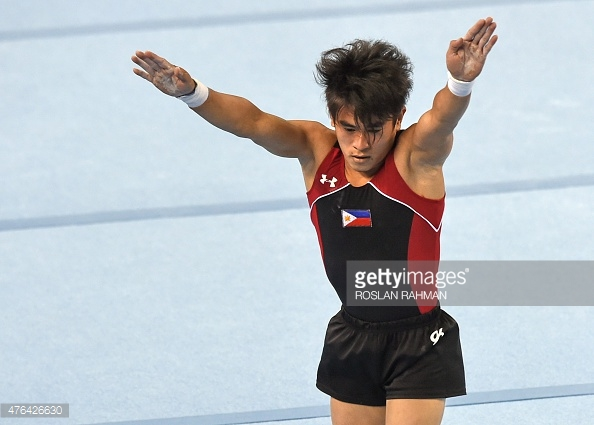 AGU Media, DOHA (QAT): The Philippines are hoping to win more medals at the 29th Southeast Asian Games (SEA) in Kuala Lumpur, Malaysia, next month, but they will have to fight it out in a field of top and proven competitors.
The multi-discipline event, which will be held from August 19-30, will have 405 events in 38 sports and have 20 gold medals are at stake including eight in rhythmic gymnastics.
Reynald Capellan, 24, who won the country’s lone gold at the 2015 edition in Singapore, will lead the men’s team that will compete with Asia’s top bets, including powerhouse China.
Capellan won the men’s floor exercises and took third spot in the vault in Singapore to account for half of the four medals won by them two years ago.
The other members include Jan Gwynn Timbang, Albert Tristan Lopez and Adrian Apuyan.
Kaitlin de Guzman, the 17-year old daughter of former national gymnast Cintamoni dela Cruz, is among five female gymnasts entered into the competition.
Katrina Marie Evangelista, Ma. Cristina Onofre, Mariana Josefa Hermoso and Rachelle Arellano are the other members of the women’s squad.
Ava Lorein Verdeflor came second in the women’s uneven bars for the solitary silver and was a member of the team that took the bronze.
Verdeflor, however, suffered a bad fall more than a year ago and underwent surgery. She is currently undergoing therapy and is out of the event.