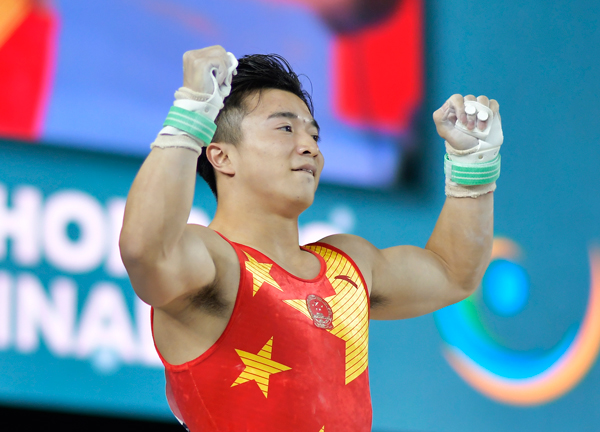 DOHA (QAT) AGU Office: Asian gymnasts dominated at the FIG Individual Apparatus World Cup in Melbourne (AUS) by picking up eight of the 10 titles which were on offer as the individual Olympic qualification continued for 2020 Tokyo Olympic Games.
Gymnasts from China, Chinese Taipei, Japan, South Korea and the Philippines exhibited their class and composure and to win the honours.
More than 90 athletes from 30 nations featured in the competition, which was the year’s first World Cup in Artistic gymnastics.
The competition is the second stage of the 2018-2020 World Cup series, which kicked off last November in Cottbus (GER), and goes through March, 2020.
China unstoppable
Chinese gymnasts, both men and women, were in their elements as they claimed two titles each. Two-time world champion Fan Yilin was unbeatable on uneven bars with 14.833 points. She spun to a 6.3-Difficulty score to beat her team-mate Lyu Jiaqi by nearly half a point.
Newcomer Zhao Shiting, who turns 16 in July, was confidence personified and grabbed the balance beam gold. Japan’s Mana Oguchi finished third.
2014 world champion on still rings Liu Yang accumulated 15.166 points to win the gold followed by team-mate You Hao with .033 points less than the former.
But You displayed a massive 6.8 Difficulty score to pick the gold in parallel bars final (15.066). Turkey’s Ahmet Onder (14.633) and Ferhat Arıcan (14.366) finished second and third respectively.
Chinese Taipei, Japan grab one gold each
Chinese Taipei’s Lee Chih-Kai, who ended a 25-year dry spell for Chinese Taipei at the World Championships in Doha last October by winning a bronze, delivered a 15.266 routine to win the Pommel Horse title.
But China’s Weng Hao, who led the qualification, had to settle for second followed by Japan’s Tomomasa Hasegawa.
Japan’s Hidetaka Miyachi ended the competition with a spectacular routine on horizontal bar, where executed his own skill — Miyachi (a double-twisting layout Kovacs) — along with a Cassina, a Kovacs and a Kolman.
China’s two-time Olympian Zhang Chenglong and 2010 world champion on horizontal bar claimed the bronze.