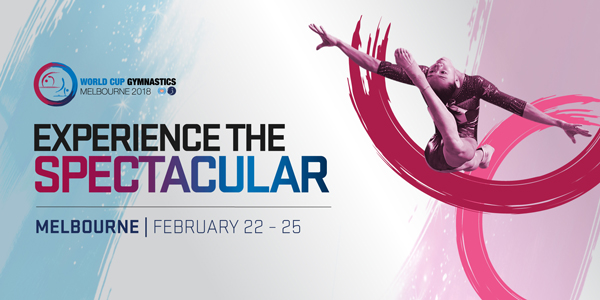 Doha (Qatar) AGU Office: Thanks to dominant performances by the Chinese, the Asian juggernaut rolled on at the Melbourne leg of FIG Artistic Individual Apparatus World Cup Series qualifications at the Hisense Arena on Thursday.
Yile Chen dominated the uneven bars to qualify for the finals with an impressive routine which earned him 14.233 points.
Australia’s Rianna Mizzen came second (13.333) followed by China’s Siyu Du (13.300).
China’s Shihao Ge topped the men’s floor with a score of 14.033. He was followed by Kazakhstan’s Milad Karimi in (13.933) and Japan’s Kazuyuki Takeda (13.833).
The pommel horse event was topped by Chinese Taipei’s Chih Kai Lee (15.133) ahead of Japan’s 2013 World Champion Kohei Kameyama (15.000) and China’s Hao Weng (14.833).
The night’s results were rounded out with another strong showing from the Chinese on the rings with Guanhua Wu and Yue Ma qualifying in the top two spots while Japan’s Kazuyuki Takeda finished third.
This is the second year Melbourne has hosted a stop on the Individual Apparatus World Cup Series, with athletes from 15 countries participating in the four-day competition.
In the women’s vault, India’s Aruna Budda Reddy came second qualified to qualify for the finals along with Austrlians Emily Whitehead and Georgia Godwin.
China’s Chen Yile and Du Siyu came first and third while Australia’s Rianna Mizzen finished second in the uneven bars.