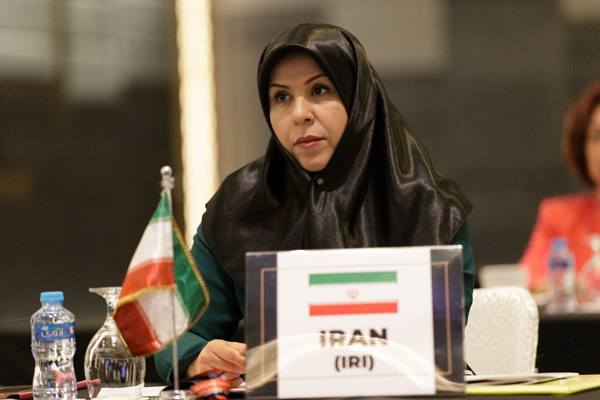 DOHA (QAT) AGU Office: The Iran Gymnastics Federation President Dr Zahra Incha Dargahi exuded confidence that the change of zone for her country will help the sport develop further.
The Congress approved Iran’s zone change from West Asia to Central South through a secret ballot — 21 members voted in favour of the change while four voted against. Three members weren’t present at the voting at the recently held meeting here last month.
“We’re trying to improve. There has been a lot more interest in gymnastics than before,” Dr Zahra told www.agu-gymnastics.com.
The request was made Dr Zahra to the Congress as she felt the shift of zone will help Iran gymnasts to compete with the best from South Central Zone countries.
When asked if her federation will also promote women gymnastics, she said in the affirmative.
“Yes. For sure, we’re interested to encourage the girls to take up the sport. Gymnastics is a fitness sport and must be promoted in the schools and among the children,” she added.
Dr Zahra had to face a serious opposition from the members on the subject of changing her federation’s zone, but she stood by her decision.
“There’s not much activities in West Asian Zone. It would be better for her gymnasts to involve in greater participation which South Central Zone has. Besides, as a country, Iran identifies his position with South Central nations rather than be in the West,” said Dr Zahra who, however, lost to Iraq’s Ayad Najaf for the West Asia Zone President post.