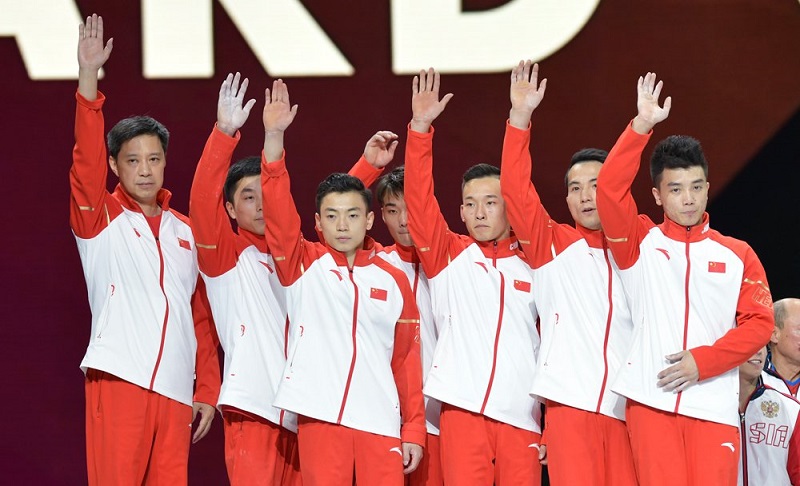 DOHA (AGU Office): Chinese gymnasts had their first team contest last Thursday after concluding a three-month winter training camp in Beijing.
The event focused on the individual movements and body build-up, according to Xinhua news agency.
World champions Xiao Ruoteng, Zou Jingyuan, Lin Chaopan, Deng Shudi and Sun Wei conducted 47 new difficult movements in the first team test this year, including four 0.7-difficulty-point movements.
“I can’t be more satisfied with our young athletes’ performance today, no matter the numbers or the difficulties of the movements,” said Miao Zhongyi, Chinese Gymnastics Association president, who is also one of the vice-presidents at Asian Gymnastics Union.
China suffered an unimpressive overall result, winning just three silver and two bronze medals at the 2019 Artistic Gymnastics World Championships in Stuttgart, Germany.
With the Tokyo Olympics in sight, Team China decided to locked their top gymnasts in the training center for nearly 100 days to work on their movements and bodies.
“I think we’ve chose the right way — be strong enough to achieve the goal — to win more gold medals in Tokyo,” said Miao. “Our biggest problem is that we are not stable enough.”
The gymnasts will now travels to Qin Huangdao training base in Hebei province to meet Chinese winter Olympic teams there.
“We’ve made a specific plan and I hope that we can have more inspirations from them,” Miao added.