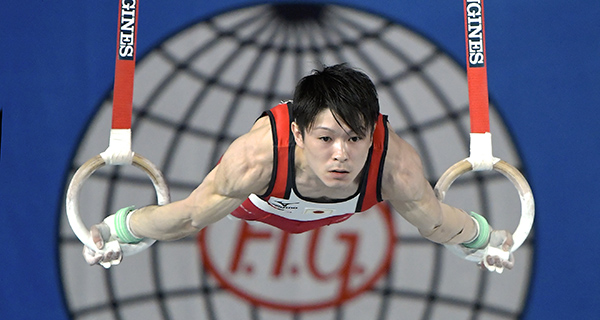 DOHA (QAT) AGU Office: Japan’s two-time Olympic gymnastics all-around champion Kohei Uchimura has returned to training after two months away due to coronavirus pandemic.
Uchimura is a seven-time Olympic medalist (all-around, team and floor exercise), winning three golds and four silvers, and a twenty-one-time World medalist (all-around, team, floor, horizontal bar and parallel bars).
The superstar has struggled with injuries in the past two seasons, withdrawing from competition midway through the 2018 World Championships and missing the Japanese team all together last year.
The individual all-around champion from London 2012 and Rio 2016 has had a year to forget with pain in both shoulders limiting his competitive appearances.
Still, he has made clear his hope for a third and final Olympic appearance at home when Tokyo 2020 kicks off next year.
For now, Uchimura is looking to compete in the All Japan Senior Championships in September, according to Yahoo! News.
The 31-year-old finished fifth on return at Japanese senior championships in September, 2019.